Signing up for our newsletter, you'll receive periodic updates and announcements of upcoming classes and presentations.

About David Maria & The Eden Template 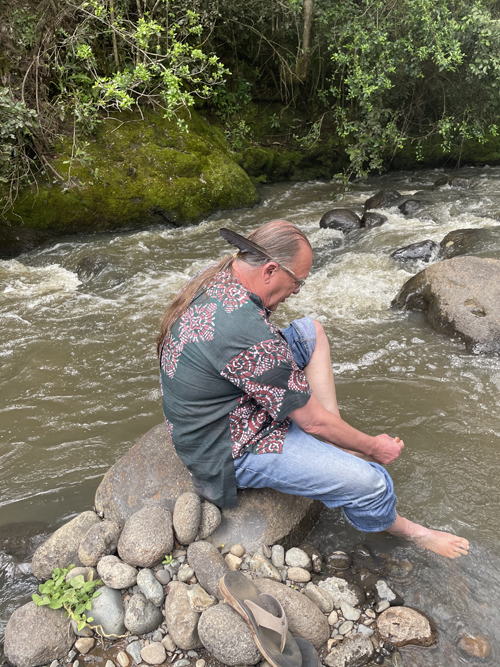 David Maria is living proof that the most gifted seers are those who have lived the most tumultuous lives.

For decades, David struggled emotionally and financially as he worked to overcome the effects of the horrific abuse he experienced in childhood. His wealth of psychic gifts offered glimmers of hope and small breakthroughs that encouraged him. Unfortunately, addiction and toxicity pulled him back into the roiling waters of daily life.

While David always had lucid, prophetic dreams, he was surprised when, at the age of 72, he began dreaming of Africa. Those lucid dreams ignited his soul and set the stage for the incredible journey that continues to unfold today.

In his dreams, David was being called by three elder African kings, including a Gikuyu tribal elder to Mount Kenya. While these dreams felt important and compelling, the finances and logistics required to embark on such a voyage seemed impossible. Against the odds, and through multiple miracles and prophetic dreams, in December of 2018, David made the pilgrimage to Mount Kenya for the annual prayer walk.

During the festivities, Samuel Kamitha, a senior tribal elder and spokesman for the Gikuyu, emerged from the crowd to introduce himself. David immediately recognized the man from his dreams. Turns out, Samuel is a shaman and one of the twelve seers of Mount Kenya. He had been dreaming of David too. As he came forward, he said, “We have been waiting for you.”

After a series of initiations and energetic jolts that felt like lightning, The Eden Template had been transmitted to David. Once he experienced his own original soul blueprint and purpose through this powerful activation, he returned home to begin the work he came for.

After taking some much-needed time for clearing and integration, David began working with people to assist them in returning to their own original soul blueprint with The Eden Template. Through this transmission, David shares the primordial keys and codes of creation to each soul who receives it.  Free from the patterns of struggle, scarcity, unworthiness and fear, clients are finally able to experience a life of ease and flow. This enables each person who receives The Eden Template to embrace, just as David did in Kenya, the reason they are here. And the cycle continues.

Though David Maria knows what it’s like to feel broken beyond measure, he also knows a far greater truth: “No matter how broken you think you are, you’re not.” It’s this profoundly healing premise that forms the core of David’s work.

Upon his return to Kenya in 2020, David was recognized by the Gikuyu elders as the 13th Seer of Mount Kenya and in 2022 he was inducted / initiated as an elder and the first ever 13th Seer in the Gikuyu society.

Along with his private one-on-one clients and group events, he is the creator of the Eden Template course: Freedom from the Known, and continues to offer classes and function as an embodiment guide. 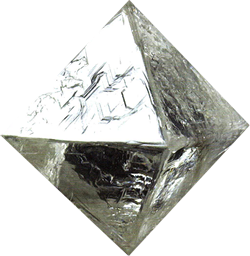 The Eden Template activations are a series of classes and guided meditations that are like a diamond crystalline seed, designed to open up long dormant neural pathways in us, and expand them, allowing more of our natural energy to flow through them, and for us to be conscious of that flow.

As the alignment of the newly opened pathways integrates deeper and deeper in us, we begin to align our physical, emotional, mental and spiritual bodies and release fear, anxiety, pain, lack, limitation of any kind, and there is less separation between them, and we emerge as our True Self, aligned with Source, the Creator, like a butterfly emerging from a chrysalis, and our lives change in ways unimaginable to our prior selves.

The original crystalline energy grid created at the birth of Gaia, named The Eden Template, was sealed when antiquity was young to prevent its energetic misuse. A later partial manifestation of that original grid was what we know as Atlantis, and again access to it was sealed away from humanity, especially the master crystal which was sealed dimensionally in Mount Kenya in what has referred to as the Ark of the Covenant. Along with other sacred artifacts, this knowledge has always been protected and guarded by the twelve seers of the Gikyuyu people. 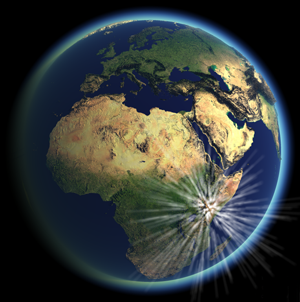 The master crystal is actually a diamond star and is the genesis of the creation energy of we refer to as the Garden of Eden. Unsealing this star crystal and reawakening the ancient grid was one of the reasons David was called to Mount Kenya. Many others knew of this calling and participated energetically. While circumambulating Mount Kenya the seals on the diamond star crystal were unlocked, and it fully awoke and began streaming its energies out onto the world, yet with an entirely a new energy, the new frequencies coming to earth now to assist all of us in our awakening.

As the Eden Star woke, not only was the ancient grid activated, connections were made to all of the large mountains around the world, especially with Mount Shasta in California, as they all contain their own Eden Stars and as the grid stabilizes there are many many "sub-station" crystals that are coming on line to amplify the entire grid.

The Eden Template is not just a template for the Garden of Eden on earth. It is the original template / blueprint for all Souls and all of Creation, no matter how large or small, whether it be a flower or a galaxy, a dimension or a universe, the energy is only one of scale, it is the Template of Creation itself. When the Template is awakened, integrated and stabilized in your heart, you become firmly anchored in its energy and it lives in you as you and radiates from you to all of life. In essence, once the Eden Template is fully active within you, you integrate your original Soul Template / Blueprint at the moment of it's creation.

If you are interested in having me speak with your group, organization, company, or you are guided to host an appearance in your city, please contact me for more information.

In Light and Service to All.